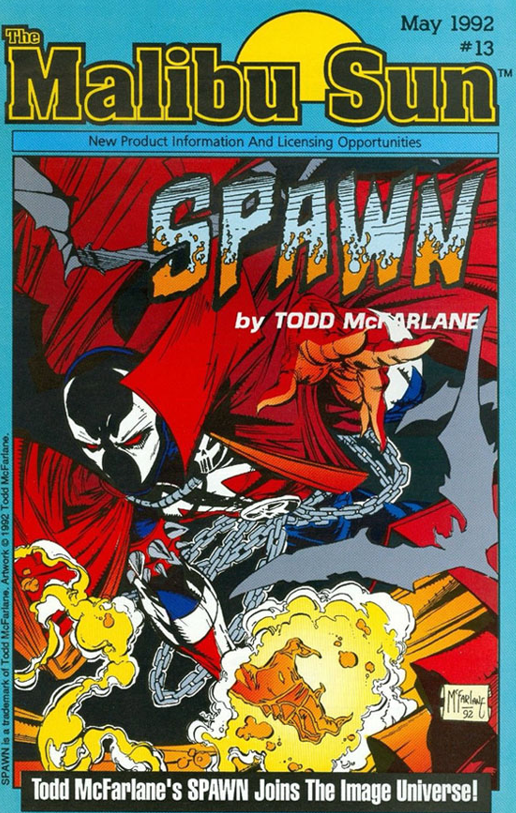 Spawn 1. Everyone has one, right? I mean, do you even collect comics if you don’t have one? All jokes aside, it’s an incredibly common book that continues to somehow rise in price. But what if I told you it wasn’t Al Simmon’s first appearance? Well, it Is and it isn’t. Let me explain.

Spawn 1 is the first appearance of spawn in a comic book story, But he had multiple advertisement appearances before that. One of the most common is “Malibu Sun 13”, a previews book from early 1992 featuring spawn on the front and back cover, along with an interview with Todd McFarlane talking about the series.

Fanatic spawn collectors over the years have discovered more and more of these pre-first appearance appearances. Comic shop news, Rust #1, and a handful of others have ads or small previews featuring the hell-sent character. While some are much more valuable than others, these are definitely desirable books that would compliment any spawn collection.

Rare early appearances like this are found for many desirable characters. Ads in other books, interviews in magazines or fanzines, or previews in ordering catalogs (Looking at you, Miles Morales), are becoming more and more desirable to hardcore completionist collectors, or those just looking for some unique pieces of media portraying a favorite character.

As always, check out our video below for a more in-depth explanation.

Processing...
Thank you! Your subscription has been confirmed. You'll hear from us soon.